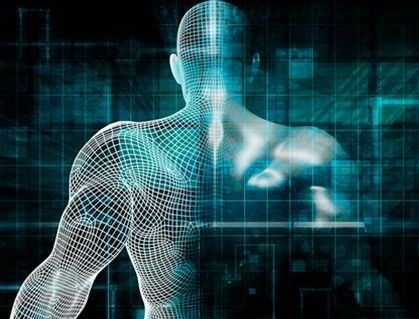 Elemaster: technology at the service of health – part one

It is a pleonasm, particularly in this period, to argue about the importance that science and technology have on human health: the extraordinary lengthening of the average human life and life expectancy in the Western world is the best testimony of this concept. According to medical historians, the merit of this success is mainly attributable to four main factors: the improvement of lifestyle and hygiene; mass vaccinations; prevention and forecasting surveys; finally, advanced therapies. Elemaster talks about this concept in a series of articles dedicated to what in the jargon is called “electromedical“, the industrial sector that deals with designing and producing technological medical devices. The goal is the improvement of health: however, as Michael Porter recalls, “innovation is the central factor of the economic prosperity of a company” and therefore the result of the commitment of companies like Elemaster contributes to significantly improve our life, from every point of view.

In the electromedical world, Elemaster’s mission consists in the design and production of highly technological, innovative, reliable medical devices with a high quality / price ratio. An offer capacity that includes the supply of both electronic boards or electromechanical assemblies, and of products completely assembled, tested and packaged with the customer’s packaging. An ISO 13485 certified production and design process. The areas of application are as follows:

The case history that Elemaster proposes in this content concerns the creation of algorithms that are based on new hardware architectures for the implementation of digital image analysis for diagnostic purposes. A story that tells of Elemaster’s methodological approach and working style. The project theme concerns the research of technologies and development processes of portable diagnostic tools with wireless communication, to acquire and process digital images for diagnostic purposes. An absolutely new activity for Elemaster, which in this sector has collaborated with a start-up of the CNR. In this regard, it is also important to underline that intellectual capital is Elemaster’s most important resource: the company is constantly looking for new high-level and potential professionals. Every year Elemaster hosts innovative technological startups in its headquarters, to which it offers the support of its Research and Development structure, a team of 50 specialists. Young companies in the start-up phase can thus count on the help of over 500 specialists, who can transform their projects into prototypes and the latter into series production. In this way, a startup of four or five people finds itself immersed in a reality that offers them hundreds and hundreds of man-years of experience, know-how and skills. Elemaster thus becomes the technological ecosystem for startups that acts as an accelerator for growth and development.

In this project the contribution of the CNR start-up concerned the study of the technical and technological needs to interface the gamma ray detectors, that are the indicators of the concentration of the tracer substance that can localize a neoplastic formation. The project responds not only to an expansion of the panel of solutions offered, but also to a growing demand for refinement of diagnostic tools for the medical sector.

“Doing old things in a new way, this is innovation”. (Joseph Schumpeter)

The project started with a study from the hardware point of view of the “proof of concept” laboratory prototypes. An absolutely fundamental step so that it was possible to experiment with the digital processing of the signal coming from the gamma ray detector (low frequency; wavelength ≤1 pm) and, subsequently, to develop mathematical models necessary for the compositions of graphic images useful for medical diagnosis. For this purpose, a functional prototype was developed in the medical field with the sensor part over a large measurement area (a few cm2). The first image processing algorithms was then tested, reconstructed thanks to the use of a sample radioactive source. The outcome made it possible to validate both the hardware platform and the prototypes of the processing algorithms, a process that took place in the experimental phase for subsequent refinements. Since the prototype was not yet perfectly stable, particularly in the repeatability of the measurements, it was necessary to proceed to further investigations and developments.

The greatest difficulties encountered during development concerned the use of a radioactive source which, compared to signal simulations, had higher background noise levels than assumed during the study phase. In addition, the construction of the sensor had to meet high standards of accuracy and calibration. This goal was brilliantly achieved thanks to the miniaturization of the sensor, which is thus able to identify even very small radioactive sources. The prototype was subsequently subjected to functional tests to gamma rays (real sources) to observe the response of the equipment, especially with regard to the sensitivity of the sensors, the saturations and the effectiveness of the algorithm developed.

The results of these tests showed encouraging results, even if some were not in line with the expected performance. The real radiation, compared to the simulation tests, brought the prototypes to some functional limits; a fact that has initiated an analysis of the gaps detected. The investigation led Elemaster technicians to develop new solutions, which have been tested with an intense commitment of the team for several months. In particular, as regards the algorithm, it was necessary to carry out a simulation in order to evaluate the changes to be made to the algorithm itself and consequently to the hardware, with the aim of ensuring that the equipment works in the desired operating range.

From laboratory tests to clinical trials

Once the functional problem with the gamma ray source was solved, Elemaster tried to extend the functionality of the instrument by passing from a typical laboratory temperature (20 °C <t <25 °C) to a range of thermal conditions typical of a real hospital operating environment (e.g. operating room). Also in this case there were deviations from what was expected and in particular at low temperatures (e.g. 18° C). For this reason, further simulations were carried out in the thermal chamber and the software and hardware were used to introduce compensation algorithms to the functional drift detected.

The solution of these problems also required a great deal of time on the part of the Elemaster team. The subsequent tests carried out at the end of the year gave the expected result, making the equipment suitable for the planned clinical trial phase and starting the production of 4 other prototypes for the evaluation of the repeatability of the results.

Stay tuned: Part 2 will be available soon. Thank you